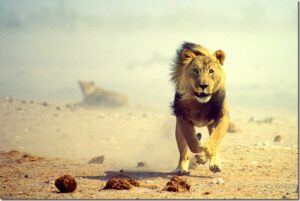 Unleashing Leaders in Your Organization

In his classic essay, “The Servant as Leader,” Robert Greenleaf (creator of the servant leadership framework), wrote the following: “Anyone can lead…. There is a problem of getting used to the idea of no single chief, but the passage of time will allay that.” -Robert Greenleaf  This short statement has profound implications.   Empowerment Historically, the person at the top of the organizational hierarchy was the boss whose word was virtually absolute. Over time, as management and leadership practices evolved, “empowerment” of others became a trend. “Collaboration” gained prominence. But a boss who collaborates may still be the boss, kindly 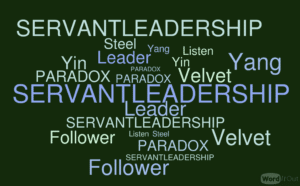 The Paradoxes of Servant Leadership

Leadership is rife with paradoxes, seemingly self-contradictory statements that may nonetheless be true. We see this in the servant leadership framework as well as other approaches.   The Servant-as-Leader Paradox In his biography of Robert Greenleaf (originator of servant leadership), author Don Frick said: “Servant and leader are two nouns which usually describe two quite different roles. The hyphen holds them together in paradox, creating a Zen-like koan which stops the reader as he or she considers how two such dissimilar words could go together. Greenleaf was fully aware of this effect and wanted the reader to complete the meaning. 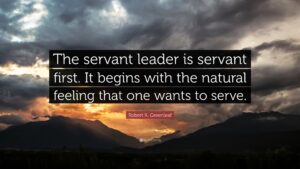 Do I Have to Be a Servant Before I Can Lead? (On Servant Leadership)

Robert Greenleaf was clear when he created the servant leadership framework: “ … the great leader is seen as servant first.… the only authority deserving one’s allegiance is that which is freely and knowingly granted by the led to the leader in response to, and in proportion to, the clearly evident servant stature of the leader.” Servant first? Do I have to be a servant first before I can lead? Bob Vanourek first learned about servant leadership when he was in his early thirties and well after he had started his professional career. He now confesses that his goal when he 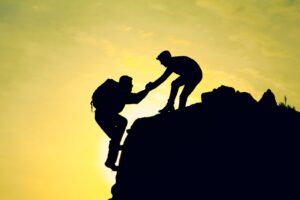 The Essential Qualities of Servant Leadership

In the years since Robert Greenleaf first published his essay, “The Servant as Leader,” many notable authors and experts have built upon his work. As expected, servant leadership in theory and practice has evolved over time as the context of leading has changed. Here we’ll summarize Greenleaf’s original ideas on servant leadership, recap what some others have added, and then add a few of our own thoughts.   Greenleaf’s Qualities of Servant Leadership In “The Servant as Leader,” Greenleaf wrote (the bold italics are ours): “The servant-leader is servant first… Putting people first… That person is sharply different from the 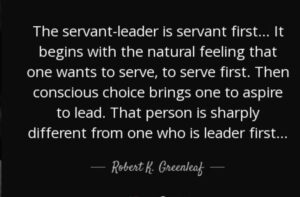 One of the most common structures used in organizations over the ages is based on a hierarchical model of bosses and subordinates. It likely has its origin in military command-and-control units. In this model today, every person reports to someone else, except the one at the top of the hierarchy who reports to a board. The organization chart looks something like this:   Hierarchies This structure has lasted so long because it is well-known and efficient. Power and authority are vested in each of the bosses who have “subordinates” reporting to them. (The Latin roots of “subordinate” mean “placed in an 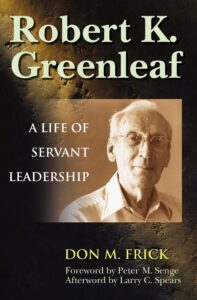 Robert Greenleaf was the founder of the servant-leadership movement. But who was this self-effacing man? Why did Stephen R. Covey say, “… I have found Robert Greenleaf’s teachings on servant leadership to be so enormously inspiring, so uplifting, so ennobling.” With no grand title or celebrity, how did Greenleaf, a self-described introvert, create this world-wide servant-leadership movement? Peter Senge said, “For many years, I simply told people not to waste their time reading all the other managerial and leadership books. If you are really serious about the deeper territory of true leadership, I would say, read Greenleaf.” Greenleaf’s ideas were 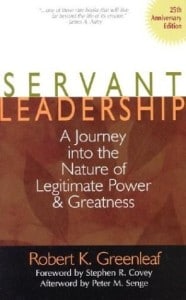 Are you a leader if you’re a boss with people who report to you? If you’re a military officer with personnel subject to your orders? Are you a leader if a nonprofit board hires you as their Executive Director? Who determines if you’re a leader? In the late 1960s and 1970s, Robert Greenleaf (1904-1990), a long-time employee of AT&T as  their Director of Management Research, proposed some startling ideas, including the concept of “servant leadership.” Greenleaf said: “… the only authority deserving one’s allegiance is that which is freely and knowingly granted by the led to the leader … .“ -Robert 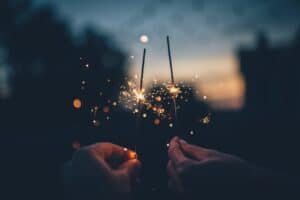 “There are two things people want more than sex and money—recognition and praise.” -Mary Kay Ash, founder, Mary Kay Inc. It’s not enough to recruit and develop exceptional people. Triple crown leaders—ones who build excellent, ethical, and enduring organizations—must also recognize, celebrate, and reward them effectively through their culture.   How Leaders Can Reward People Smart leaders design compensation systems to include not just “pay for performance,” but “performance with integrity,” as Ben Heineman from GE used to call it. He noted how GE anonymously surveyed all its people, asking whether the company cut ethical corners to make its numbers. 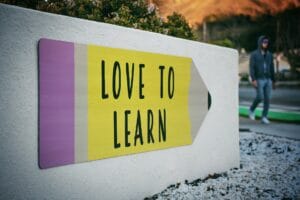 Triple crown leaders—ones who build excellent, ethical, and enduring organizations or teams—focus not just on recruiting great people but also developing them intentionally. They focus on developing people systematically and continually. Unfortunately, many leaders fail miserably when it comes to developing people. Most organizations leave development mostly up to individuals, acting on their own initiative, in their “spare time.” What a waste. Such a passive approach is likely to yield little. According to “The State of Talent Management,” a study of 700 senior leaders, most organizations hold their executives and managers accountable for achieving business results, but only 10 percent 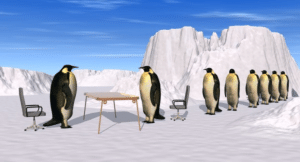 “Acquiring and keeping good people is a leader’s most important task.” –John Maxwell, leadership author How much scrutiny do you use in assessing people for your team? What do you look for? And how? Triple crown leaders—ones who build organizations that are excellent, ethical, and enduring—systematically recruit people with specific characteristics. They invest their precious time and energy to get it right. They are always on the lookout for good people and staying in touch with candidates. The worst time to start the hiring process is when someone has left a position vacant. Smart leaders are always searching for talent, 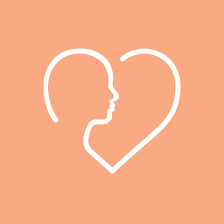 The Importance of Heart in Leadership

In “triple crown leadership,” our framework for how to build organizations that are excellent, ethical, and enduring, both head and heart are required for exceptional leadership. In most workplaces, it’s almost all head power. We need much more heart power in leadership. The way most leaders go about identifying and developing talent is utterly insufficient for what is needed to create a triple crown organization. They focus mostly on the head and neglect the heart. They focus almost exclusively on hard skills and capabilities like knowledge, skills, expertise, and other conventional indicators. Of course, those factors are critical. Sometimes raw 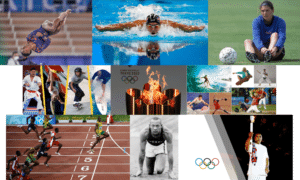 What We Can Learn from the Olympics about Life and Leadership

With the Olympics underway­­­—with all the competition, drama, and intrigue—what can we learn from them not only about excellence and teamwork but also about life and leadership? Sure we admire the grueling physical feats and the mental preparation. The years of punishing practices, discipline, focus, and skill-building that go into the nine-second sprint, the epic overtime soccer match, or the attempt to shatter records. Part of what’s great about the Olympics is the quest for excellence—and the occasional flash of it that electrifies the world. “Excellent” is one of the three components of our “triple crown leadership” model (the others 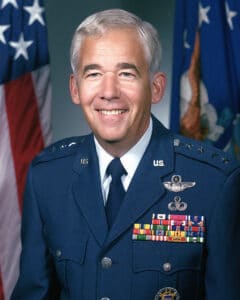 A great leader and our dear family friend, Four-Star Air Force General John T. (Jack) Chain died peacefully in his sleep this month at the age of 86. All who knew Jack mourn his loss and are grateful for the time he had with us. Jack and his dear wife Judie were neighbors of Bob and June not long ago in the Vail Valley of Colorado. We shared many wonderful hours with them at dinners, parties, and on the golf courses and ski slopes. Once Gregg and Bob learned about Jack’s extraordinary leadership in the U.S. Air Force, we interviewed 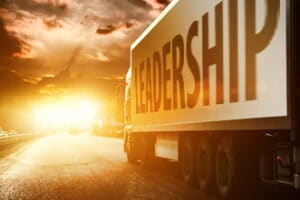 It’s one thing for an organization to achieve outstanding results. It’s another thing to do so ethically. And it’s another thing altogether to get outstanding results ethically and to sustain it over time. Leadership for the long haul. “Enduring” is the third imperative of what we call “triple crown leadership” (excellent, ethical, and enduring). By “enduring,” we mean standing the test of time and operating sustainably. Some organizations accomplish impressive feats by pulling out all the stops, sacrificing the long term for the short term. They cut corners for temporary advantage. Big mistake. Eventually, they face a rude awakening. They 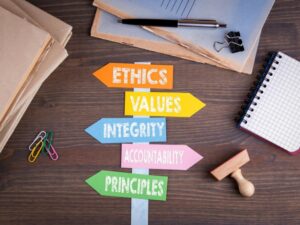 Leadership and the Ethics Imperative

It’s one thing to achieve outstanding results. It’s another thing to do so ethically, especially when others are cutting corners. Operating ethically is the second imperative of what we call “triple crown leadership” (excellent, ethical, and enduring). To us, “ethical” means acting in accordance with accepted principles of right and wrong: acting with integrity. Leaders must pay attention to how results are achieved. Triple crown leaders insist on doing the right thing, even when it’s costly or hard. All leaders confront ethical challenges and dilemmas. Many people take ethical leadership for granted. While they have sophisticated financial spreadsheets and multifaceted