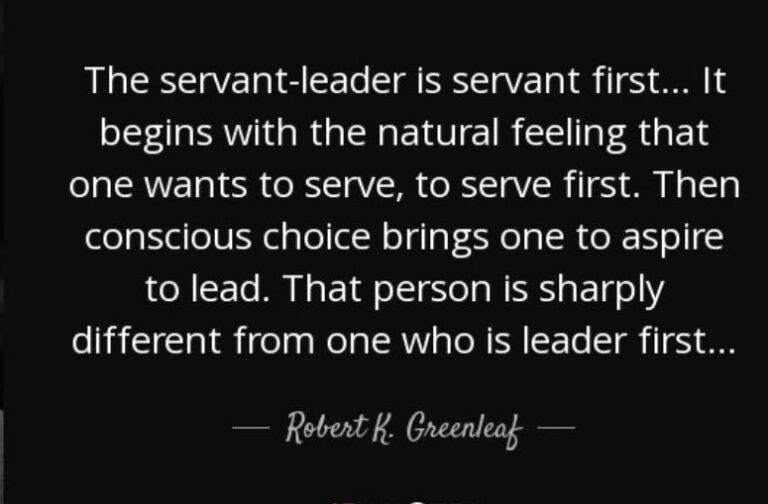 One of the most common structures used in organizations over the ages is based on a hierarchical model of bosses and subordinates. It likely has its origin in military command-and-control units.

In this model today, every person reports to someone else, except the one at the top of the hierarchy who reports to a board. The organization chart looks something like this:

This structure has lasted so long because it is well-known and efficient. Power and authority are vested in each of the bosses who have “subordinates” reporting to them. (The Latin roots of “subordinate” mean “placed in an inferior rank.”)

Robert Greenleaf understood this hierarchical necessity and said, “… in an imperfect world, authority backed up by power is still necessary because we just don’t know a better way.”

But Greenleaf also saw the darker side of this structure. He said, “The trouble with coercive power is that it only strengthens resistance. And, if successful, its controlling effect lasts only as long as the force is strong.” Author Edward Abbey said, “Power is always dangerous. Power attracts the worst and corrupts the best.”

All too often in the hierarchical organization, a boss with power lets their ego run amuck. Author Jonny Kim said, “Ego is probably one of the biggest poisons we can have—it’s toxic to any environment.” Robert Greenleaf said:

“Ego… micro-manages. It disempowers. It reduces our capability. It excels in control.… Ego focuses on one’s own survival, pleasure, and enhancement to the exclusion of others; ego is selfishly ambitious. It sees relationships in terms of threat or no threat. ”

We believe that ego-run-amuck is among the greatest threats to effective leadership.

Greenleaf saw a difference between a person who was a leader-first and one who was a servant-first. See Table 1 below for our depiction of how this works on a continuum, in this case from ”boss-first” to ”servant-first.”

* “Steel” and “velvet” are terms we define in our book, Triple Crown Leadership.

It might be interesting to estimate where you are on this continuum. How about your boss, and your boss’s boss (if applicable)? Most people fall somewhere on the scale between the extremes.

Now, what are the results of these different leader types? What’s the effect on people and performance?

In the boss-first case, people are “subordinates” (“of inferior rank”) who are likely to comply with the boss’s directives only begrudgingly. They are closed-up, keeping their ideas, suggestions, experience, knowledge, and talents to themselves. They’re waiting for the boss to tell them what to do.

They have their heads down on their tasks only. They know they often work at cross purposes with others in the organization, but they are just following the boss’s orders, so it’s not their problem.

They feel trapped. They’re waiting every day for their workday to be over. They’re disengaged. At quitting time, the parking lots empty quickly. After work, they can get on to their real life.

Outside their job, many of them create, volunteer, and have impressive talents, skills, and avocations. They contribute to or lead nonprofits, programs, or causes.

Robert Greenleaf saw these skills and talents among the working men and women in the Midwest. He taught them in classes and learned how incredibly essential they were to AT&T. 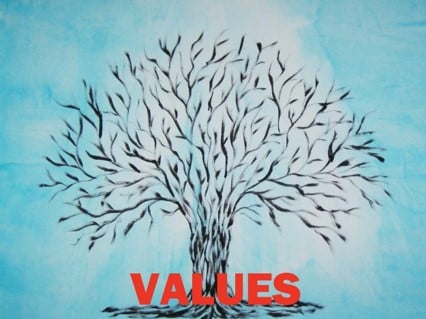 Complete this exercise to identify your personal values. It will help you develop self-awareness, including clarity about what’s most important to you in life and work, and serve as a safe harbor for you to return to when things are tough.

In the servant-first case, people are colleagues who are committed to the organization and each other. They’ve bought in at their jobs. And they’re self-inspired, open, and collaborative with their co-workers. They lead sometimes and follow at other times, as does their titular servant leader.

Servant-first leaders feel empowered and unleashed by an affirmative culture. They’re inspired by a shared purpose, their shared values, and their shared vision.

Servant-first leaders care for each other and cover for each other. With less stress, they’re mentally, physically, and emotionally more healthy. They have pride in their collective efforts. Also, they willingly and frequently take the initiative and offer their ideas and suggestions, seeing them considered and put into action when feasible. They’re aligned.

In a speech to industry professionals back in 1935, Robert Greenleaf said:

“The master and servant relationship is going. We say now that no one should be made a supervisor to whom the workmen do not go for guidance and counsel before any designation of supervisory status is made. In a conference, it is not always possible to spot the boss. If he is wise, he knows how to drive hard with a light hand. His organization will work with zeal and inspiration and never be conscious of his direction. …

The old hard-boiled boss is rapidly becoming a thing of the past. This negative sort of supervision had as its criterion the discovery of weaknesses and limitations in people, a sort of pessimistic philosophy, for limitations are mighty easy to discover, and when in search of them, many fine qualities may be obscured . . .

A search for the capabilities and possibilities in people is gradually supplanting the search for their limitations. It is a more optimistic philosophy. But the basis for such a change in philosophy is far from sentimental, for it is the wise supervisor who realizes that the grist for his mill is contained in the possibilities in people and not in their limitations.” -Robert Greenleaf

++++++++++++
Bob Vanourek and Gregg Vanourek are leadership practitioners, teachers, trainers, and award-winning authors. They are co-authors of Triple Crown Leadership: Building Excellent, Ethical, and Enduring Organizations, a winner of the International Book Awards. Check out their Leadership Derailers Assessment, complete their Personal Values Exercise, or join their community and sign up for their newsletter. If you found value in this, please forward it to a friend. Every little bit helps!