Do I Have to Be a Servant Before I Can Lead? (On Servant Leadership)

https://triplecrownleadership.com/servant-before-i-can-lead/Do I Have to Be a Servant Before I Can Lead? (On Servant Leadership)
Tweet
Facebook
LinkedIn 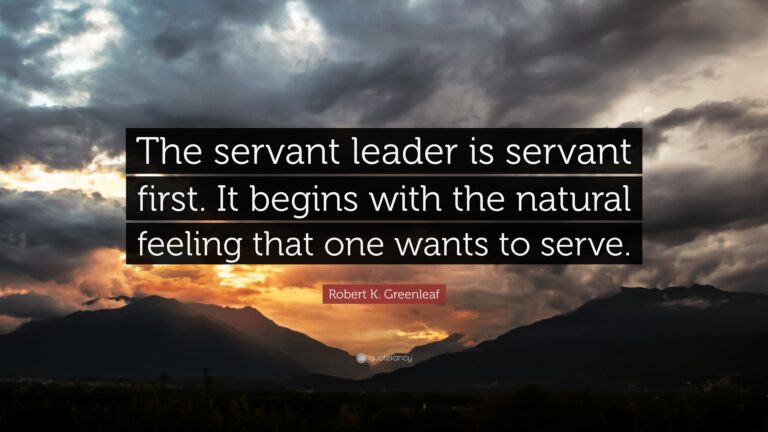 Robert Greenleaf was clear when he created the servant leadership framework:

“ … the great leader is seen as servant first.… the only authority deserving one’s allegiance is that which is freely and knowingly granted by the led to the leader in response to, and in proportion to, the clearly evident servant stature of the leader.”

Bob Vanourek first learned about servant leadership when he was in his early thirties and well after he had started his professional career. He now confesses that his goal when he got out of business school was:

“I want to run something.”

Let’s unpack that. Who was it all about? Bob.

And what did Bob want to run? Something, anything—as long as he was running it.

Clearly, Bob was far from being a servant leader. He had yet to learn about a different leadership paradigm.

Greenleaf’s essay on servant leadership was a mind-flip for Bob. He had been fascinated by leadership ever since some high school leadership positions. But he had no clue what good leadership was.

Now had a new vision of what good leadership was. Thus, began Bob’s decades-long journey to practice servant leadership. He just felt guilty about not being a “servant first,” as Greenleaf recommends.

So, you ask, “Do I really have to be a servant before I can lead?” Ideally, yes.

But you can learn to be a servant leader. Greenleaf said:

“The leader-first and the servant-first are two extreme types. Between them there are shadings and blends that are part of the infinite variety of human nature.”

As we saw in our article contrasting the “boss-first” and the “servant-first,” Greenleaf postulated a continuum. Bob believes he did move closer to the servant-leader model, especially as he developed some humility and learned from his colleagues.

You can move in that direction too. How? Our article, “The Essential Qualities of Servant Leadership,” outlines some steps. Of course, no one can ever be the perfect servant-leader. Just move on the continuum toward servant-leadership and you will experience amazing results.

In his essay, “The Servant as Leader,” Greenleaf cites the fascinating examples of Leo in Hermann Hesse’s The Journey to the East and a character in the movie, One Flew Over the Cuckoo’s Nest:

“ … Hermann Hesse’s idealized portrayal of the servant Leo… [contrasted with] tough, gutter-bred MacMurphy, a patient, the net effect of whose influence is to build up people and make both patients and doctor in charge of the ward grow larger as persons, stronger, healthier … If one will study the two characters, Leo and MacMurphy, one will get a measure of the range of possibilities in the role of servant as leader.”

Here Greenleaf cites two different types of servant-leadership. On one hand, there was Leo, the almost perfect servant leader, who was present, and engaged, and who sang inspiring songs to the travelers on the journey. Contrast that with the “tough, gutter-bred” MacMurphy, a patient at the mental hospital. Both Leo and MacMurphy were servant leaders—part of Greenleaf’s continuum of servant-leader types. 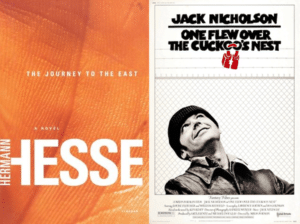 We caution you to avoid deceiving yourself about your leadership. Our egos are masters at self-deception. You may believe you are a servant leader, but you may be deceiving yourself. You need frequent, honest feedback from a small band of trusted advisors about how people perceive you as a leader. 360-degree reviews can help. Feedback from a coach or mentor can help too.

Greenleaf’s greatest fear, however, was not with the boss-first leader. He wrote:

“My hope for the future rests in part on my belief that among the legions of deprived and unsophisticated people are many true servants who will lead, and that most of them can discriminate among those who presume to serve them and identify the true servants whom they will follow.”

Based on his Midwestern roots and what he learned over decades studying leadership at AT&T and from the Quakers, Greenleaf had a great and abiding belief in people—including those who didn’t have fancy degrees and expertise from which to pontificate. Recall that he said this about the front-line workers of AT&T:

“I learned much from these men.… The elaborate executive hierarchy above them thought their great thoughts about what ought to be done. What actually got done was what these fellows were able (and, to some extent, willing) to do.”

The real concern Greenleaf had was people who had servant-leadership qualities but would fail to step-up and lead, or who would follow non-servant leaders. He said:

“The real enemy is fuzzy thinking on the part of good, intelligent, vital people, and their failure to lead, and to follow servants as leaders. Too many settle for being critics and experts.… In short, the enemy is strong, natural servants who have the potential to lead but do not lead, or who choose to follow a non-servant. They suffer. Society suffers. And so it may be in the future.”

A Call to Action

Has Robert Greenleaf’s fear come true? Have we tended to follow the flashy, charismatic, skilled-at-sound-bite leaders who were really all about themselves? Have too many latent servant leaders failed to step up?

Our world needs more servant leaders. Even if, like Bob, you weren’t a servant-first, it’s not too late.

You don’t have to be a servant-first before you can lead. Just tame your ego and start serving.

https://triplecrownleadership.com/servant-before-i-can-lead/Do I Have to Be a Servant Before I Can Lead? (On Servant Leadership)
Tweet
Facebook
LinkedIn