Are You Strong Enough to Be a ‘Voice of One’? 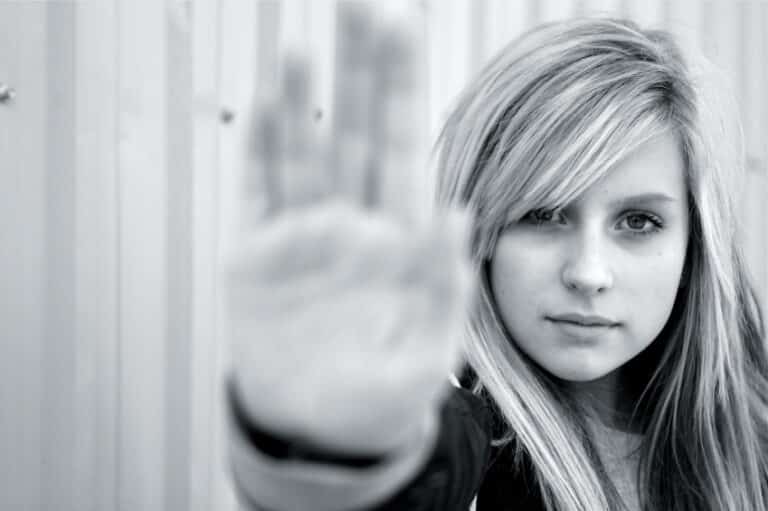 You’re sitting in a meeting with your colleagues. They all agree on a course of action you sense is wrong. It’s not illegal, but it certainly doesn’t feel right.

Do you speak up?

You Will Be Tested

No matter what field you work in, you will be tested with ethical challenges or dilemmas. You’ll see something disturbing. Or you’ll be asked or pressured to do something you sense is wrong. Do you speak up and refuse or go along?

Bob had that happen early in his career. He was a new General Manager of a division of a large public company. One of their large distributors called to ask Bob to send their annual rebate of 5 percent of their purchases to a certain organization. Bob took the info and asked his boss about the request.

His boss said this was an annual request, and it’s okay. Bob suspected this was a private kickback to the owners that went into their pockets. What should Bob have done? (Back to that in a minute.)

Examples of Times When a Voice of One Is Needed

All aspects of life come with ethical challenges and dilemmas. Workplaces are no exception. For example, what do you do if you witness the following actions (or plans for them)?

Chances are that several of these are happening in your organization right now. Many people prefer to look the other way.

“There comes a time when silence is betrayal.” -Martin Luther King, Jr.

Ideally, you work in an organization that acts ethically (one of the three legs of what we call “triple crown leadership”), with what we call a “culture of character.” (And, if not, you may want to consider making a change.) But even in the best organizations, people make mistakes. Some bad apples can spoil the barrel. The question is this: What will you do about it?

“Speak your mind, even if your voice shakes.” -Maggie Smith

A Voice of One Speaks Up

As we recounted in our book, Triple Crown Leadership, Bob faced a dilemma later in his career as a new co-CEO of a public company that was in a tailspin after legal accusations about the prior CEO bribing officials.

It was time for the first earnings release under the new management. There was huge pressure to make a positive impression on Wall Street.

Bob drafted a press release with a positive spin on their poor financial results that would surely disappoint investors. The press release said nothing inaccurately. It just mentioned all the positives and few of the negatives.

Tom, the General Counsel, objected in a staff meeting. His concern was about perception, not a legal issue. He said, “We can’t say that. I don’t care if I’m a voice of one in this room. We’re in an ethical mess. We have to be squeaky clean.”

He was right. As a “voice of one,” he served as a “steward,” actively stepping outside his position to influence his new boss. Bob paused, thought deeply, realized he had succumbed to the pressure, and changed the press release.

“No one is more valuable to the organization than the subordinate willing to speak truth to power.” -Warren Bennis, leadership author

They took heat from Wall Street. It took six long years, but they conducted a challenging turnaround ethically.

What we call a “voice of one” is someone who alone calls out the danger of a situation or asks tough questions when everyone else is going along with a questionable course of action. It takes incredible courage.

To be prepared to be a voice of one, you must set your moral compass by defining and living by your personal values. (See our Personal Values Exercise.)

Courage: The Backbone of Leadership 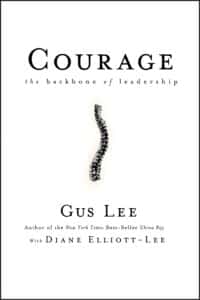 In their excellent book, Courage: The Backbone of Leadership, Gus Lee and Diane Elliott-Lee make the case that “Courage is the single most decisive trait in a leader.”

They write that tests of courage occur at decision points in your life when crises cross paths with your values. Organizations have stated or unstated shared values for how people can behave within the organization.

They note that most organizations have “middle values” that are “solid” but not exceptional. For example, consider a fictional drug cartel whose unstated values are the middle values of “teamwork, creativity, education, customer focus, and quality.” The cartel might be excellent at upholding these middle values, but it’s still a gang of criminals.

The Lees contend that organizations must pair middle values with the high values of integrity, courage, and character:

These three high values complement each other. In summary, they write:

“Courage is the tip of the spear of integrity and the spark plug for principled conduct.” -Gus and Diane Elliott-Lee

Remember Bob’s dilemma early in his career about whether to send the 5 percent rebate to the distributor?

Bob sent the rebate but has regretted it ever since. His conscience told him it was wrong. He didn’t summon the courage then to be a voice of one.

For Bob, this mistake was a powerful lesson that helped shape his character. Often, we learn the most from our failures.

Examples of a Voice of One in Action

Malala Yousafzai, the young Pakistani activist for female education, is an example of a voice of one. Ten years ago, she (then 15 years old) was shot by a Taliban gunman while on a bus after taking an exam in retaliation for her activism. She was hit in the head with a bullet and in critical condition.

Even afterwards, Taliban officials continued denouncing her, indicating plans for a possible second assassination attempt. After her recovery, she courageously continued her fight for girls’ right to an education.

Whistleblowers are another example. They play an important role, often as a voice of one, in divulging ethical breaches.

This is hard because many people view whistleblowers as traitors—and sometimes retaliate. There’s a stigma here. Think about “tattle tales” and “snitches.” We must reframe whistleblowing as one among many acts of ethical stewardship in an organization.

When you experience ethical challenges, you’ll need to draw on your moral compass, your personal values, and your courage.

We hope you’ll have the courage to be a voice of one.

Postscript: Quotations on Courage and the Voice of One

Bob Vanourek and Gregg Vanourek are leadership practitioners, teachers, trainers, and award-winning authors. They are co-authors of Triple Crown Leadership: Building Excellent, Ethical, and Enduring Organizations, a winner of the International Book Awards. Check out their Leadership Derailers Assessment or join their community and sign up for their newsletter. If you found value in this, please forward it to a friend. Every little bit helps!

2 thoughts on “Are You Strong Enough to Be a ‘Voice of One’?”