Why Leaders Must Protect Mavericks 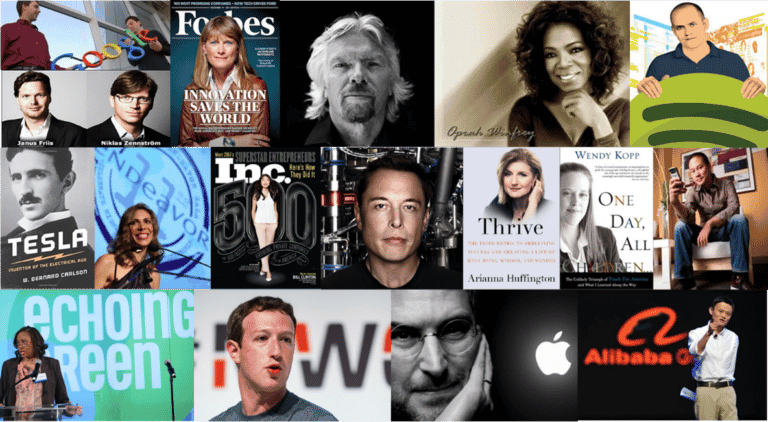 How does this relate to leadership? It raises a critical but poorly understood aspect of organizations:

How to deal with mavericks?

The mavericks in your organization deserve your attention and protection even if they’re not top gun superstars. They can be the keys to fabulous success—but only if you abide by one inviolable caveat.

As we wrote in our book, Triple Crown Leadership, a maverick is an independent innovator or performer, often exceptional and quirky, who doesn’t run easily with others.

Mavericks don’t think or behave the same way as most people. They’re unconventional rule breakers who step out from the crowd and take a different path. And they delight in shaking things up.

“And those who were seen dancing were thought to be insane
by those who couldn’t hear the music.”
– Friedrich Nietzsche

Of course, mavericks can be found beyond the ranks of entrepreneurs and celebrities. Many are found within organizations, fighting to bring innovation into organizational cultures that resist it.

Here’s the rub: mavericks don’t always get along well with others. With their quirky ways, strong wills, and high standards, they often create friction and conflict. They make others uncomfortable, and they bristle at systems and routines. As a result, they’re often marginalized, rejected by the corporate immune system or by colleagues who want harmony or consensus. Meanwhile, innovation fizzles.

Look to a surprising example we discovered in our research for our book, Triple Crown Leadership: Mayo Clinic, founded in 1889. The Mayo network is a global leader in health care delivery, research, and education, with a sterling brand in health care. Patients from all corners of the globe journey to Mayo for treatment.

Mayo’s approach is both high-tech and high-touch, combining smart use of technology with old-fashioned customer service and attentive care.

Its rich history notwithstanding, Mayo isn’t looking for homogeneous candidates to recruit. It values what it calls “jarring individuals,” employees who question the status quo and shake things up. These Mayo mavericks—and the Clinic’s ability to protect them and leverage their talents—are essential to its enduring success.

Often in his career, Bob was a maverick. Twice he quit organizations he came to dislike without another job lined up. Why? To pursue his leadership dreams. He launched a controversial “skunkworks” at a corporate subsidiary which led to the fabulous success of a new product (the “Pathfinder” — the world’s first handheld barcode printer), teeing up other bold actions at a corporate HQ. His turnaround success at two public companies also demanded maverick behavior.

Gregg has followed suit. He led a crack startup division that had to find innovative ways to start several new ventures under brutal time pressure. He’s also left an organization without another job lined up when he no longer felt aligned with its values and decisions. Instead of walking away quietly, he said his peace to the board before leaving. He “shot the moon” in several critical situations, and he took an unconventional path while teaching at a consortium, fighting to give students what was best for them instead of what the authorities wanted.

In our interviews for Triple Crown Leadership, Joe Mello, the COO of DaVita, told us, “You need mavericks. You should embrace them. They test the assumptions that you’re managing with … People see that it’s okay to have a dissenting opinion.”

The Importance of Diversity

Diversity of all types—from demographics to values, opinions, expertise, and experiences—is critical to the success of organizations.* People of color and of varying ages, genders, and lifestyles often have different life experiences and viewpoints. That diversity breaks the boundaries of conventional thinking and complacency.

Notably, there’s compelling research on the benefits of diversity (and its cousins: equity, inclusion, and belonging) when managed well. Here’s a summary from the esteemed Corporate Executive Board:

“The future success of any organization relies on the ability to manage
a diverse body of talent that can bring innovative ideas,
perspectives, and views to their work.”
– Ambreen Mushtaq, Najeeb Haider, and Muhammad Khan,
Journal of Business and Management Research

Unleashing other leaders throughout an organization is one of the prime responsibilities of leaders. That includes mavericks, in all their diversity.

But because mavericks are different, others may shun, criticize, mock, or even sabotage them. Some folks fear mavericks. Others envy them. You as a leader need to defend mavericks, praise their creativity and initiative, and encourage others to color outside the lines too.

How to Protect Your Mavericks

How can leaders protect mavericks? Here’s a punch list:

But there’s one essential caution you cannot ignore.

The job of the triple crown leader is to protect the mavericks, as long as they support the “colors” of the organization—the organization’s shared purpose, values, and vision. Collaboratively elicited by the senior management team, the colors are critical to setting the culture of the organization.

Mavericks must support the shared purpose, values, and vision. They may not be outspoken champions of the culture, but they must support it.

When they can’t or don’t, the leader must intervene to help them understand that it’s required. If the mavericks can’t do it, the leader must get them to “succeed elsewhere” in a different organization. Too many leaders look the other way at star performers or mavericks who undermine the colors.

Is the maverick a genius or a jerk? Or both?

What to do with them when they’re beyond fixing? Former Xerox CEO Ursula Burns told us succinctly:

Bill George told us his approach when he was CEO of Medtronic:

Mello told us about one high-performing maverick at DaVita who treated the company values like a joke: “We terminated him. We made it known the reason he was gone was that he didn’t manage by the mission and values. Once you do that, the message gets around.”

Too many leaders either fail to take the necessary casualties or wait too long to intervene. They ignore inappropriate behavior that undermines the organization’s values, often because the person is a star performer. When leaders fail to take decisive action on this front, they damage the organization’s culture—and their own credibility and moral authority.

Of course, not all cases are clear-cut. Leaders must make judgment calls about when coaching, second chances, and creative interventions are appropriate. In doing so, they must flex between “steel and velvet”—the hard and soft edges of leadership.

Yes, Tom Cruise’s Maverick gives us a great example of what an unconventional rule-breaker can do. Outside Hollywood, mavericks need the protection of their leaders. But only if they support the culture you want to create.

* For a fascinating and important article on how these play out in organizations, see Maria Kakarika, “Staffing an Entrepreneurial Team: Diversity Breeds Success,” Journal of Business Strategy.

+++++++++++++++++++++++
Bob Vanourek and Gregg Vanourek are leadership practitioners, teachers, trainers, and award-winning authors. They are co-authors of Triple Crown Leadership: Building Excellent, Ethical, and Enduring Organizations, a winner of the International Book Awards, and called “the best book on leadership since Good to Great.” Check out their Leadership Derailers Assessment or sign up for their newsletter. If you found value in this, please forward it to a friend. Every little bit helps!
+++++++++++++++++++++++

1 thought on “Why Leaders Must Protect Mavericks”