How to Give Effective Feedback—A Communication Superpower 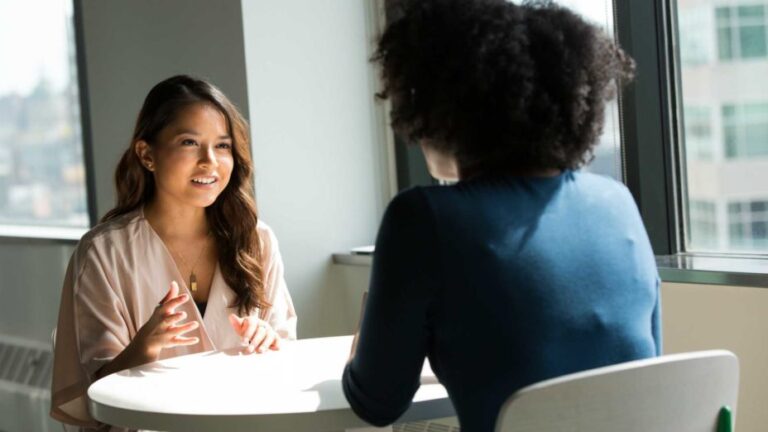 Giving effective feedback is a powerful skill. When done well, it can be a big performance booster. When done poorly, a disaster bringing fear, discomfort, and resentment.

At its best, feedback is a great gift that can build trust and respect. At its worst, a spiral to anguish and despair. So tread carefully.

According to decades of research from Dr. John Hattie (2008), feedback is among the most powerful influences on levels of achievement.*

“We all need people who will give us feedback. That’s how we improve.” –Bill Gates

Unfortunately, few people have learned how to give effective feedback or take the time to do it well, in part because of the fear associated with hurting feelings or damaging a relationship.

Through feedback you can provide information about how someone is doing on the way to reaching a goal. But it can also derail their learning, motivation, and performance if not handled well.

Note that feedback is not advice: “You need more examples in your report” is an example of advice, not feedback. Here are examples of feedback:

Here are some best practices for giving feedback:*

Why Feedback Gets Derailed

To be effective at giving feedback, we must step back and understand why it is so difficult and dangerous. Think back to when you received feedback from a teacher in front of class, or from an intense and critical boss. Feedback gets derailed when:

When giving feedback, we’re not just in the land of communication and leadership but also of psychology and neuroscience. Our brains are brilliant at discounting or rejecting feedback. Our egos get engaged. We get defensive. We deflect attention away from our flaws and mistakes. We focus on what we want to hear and block out what we don’t.

We discredit or attack the one giving feedback, judging them extra harshly to protect our precious and wounded ego. Much of this is unconscious (an automatic triggering of our “fight or flight” response in sympathetic nervous system), so even harder for us to avoid (without strong self-awareness, emotional intelligence, and mindfulness practices).

The activation of this part of our brain reduces our ability to take in new information and impairs our learning, thereby defeating the very purpose of feedback. Professor Richard Boyatzis summarizes research noting that critical feedback engages strong negative emotion, which “inhibits access to existing neural circuits and invokes cognitive, emotional, and perceptual impairment.”*

The key is avoiding these negative triggers and taking care to engage more productive parts of the brain: the parasympathetic nervous system, associated with “a sense of well-being, better immune system functioning, and cognitive, emotional, and perceptual openness.” (Boyatzis)*

The way to do this is to notice what people did well, encourage them to reflect on and continue it, and add nuances or ideas to the understanding of the drivers of positive performance. Note what worked and ask the person what they were thinking or doing at the time. As Marcus Buckingham and Ashley Goodall say in “The Feedback Fallacy” in Harvard Business Review, “replay each small moment of excellence to your team.”

“As a leader, part of your job is to consistently let people know what they are doing well to reinforce those positive behaviors and to build emotional capital. Positive feedback makes work more enjoyable and more productive.” –Susan Scott, Fierce Conversations

The other problem is that some people walk around giving unsolicited advice. The assumption is that they’re right, others are wrong, others need correcting, and the act of doling out advice is like a gift from above. More often, though, it trounces on people’s feelings and makes things worse. People don’t want to be fixed. They want to feel supported and valued as they go through their own journey, including wins, losses, and learnings. We all want to be the heroes of our own story.

Feedback is a two-way street. It must also be received well. That requires an ability to listen well: focusing intently on what the other person is saying (not using the time while they’re speaking to think through your counterpoints) and being open to their point of view (not getting defensive). When listening well, we ask questions, share our feelings, and summarize points while checking for accuracy and understanding. The conversation builds naturally as we go to new places together.

“Really pay attention to negative feedback and solicit it, particularly from friends. … Hardly anyone does that, and it’s incredibly helpful… Constantly seek criticism. A well thought out critique of whatever you’re doing is as valuable as gold.” -Elon Musk

“On the Leadership Practices Inventory… the statement on which leaders consistently report engaging in least frequently is ‘asks for feedback on how my actions affect other people’s performance.’ Openness to feedback, especially negative feedback, is characteristic of the best learners.” –James Kouzes and Barry Posner in The Leadership Challenge

Giving and receiving feedback well is a communication superpower. Use it wisely.

Gregg Vanourek is an award-winning author who trains, teaches, and speaks on leadership and personal development. Bob Vanourek and Gregg Vanourek are leadership practitioners, teachers, trainers, and award-winning authors. They are co-authors of Triple Crown Leadership: Building Excellent, Ethical, and Enduring Organizations, a winner of the International Book Awards, and called “the best book on leadership since Good to Great.” Check out their Leadership Derailers Assessment or sign up for their newsletter. If you found value in this, please forward it to a friend. Every little bit helps!