Be Vulnerable: Turn Your Weaknesses into Something Good

Most of us are adept at hiding our weaknesses. I know I am.

I’m getting better though. I’ve learned that being vulnerable by admitting my weaknesses often turns the situation around to something good.

I discovered that many people already knew my weaknesses. It was obvious to them, even while I was working feverishly at hiding and self-deception. I was often the leader of many of these people, but they weren’t really sure if they could talk about my weaknesses to me directly. So, like me, they pretended to me that my flaws weren’t there. We played a little Kabuki theater, pretending everything’s just fine with our masks on.

When I publicly admitted a flaw, though, I became more credible, more authentic. When I went further and said I was working on my weakness and would appreciate any help, I developed deeper connections with people.

I discovered they could and would help me. I also discovered we could stop pretending and be real with each other about our mutual flaws. We deepened our fellowship. I had unleashed more of the leadership latent within them that enhanced the capabilities of our organization.

Of course, some people may take advantage of your vulnerability and use it against you. Often, that approach backfires on them when others see that someone has opened up, become vulnerable, and then been taken advantage of. My experience is that those false friends aren’t worth your time, so move on to faithful friends and colleagues. Your life will be much better. 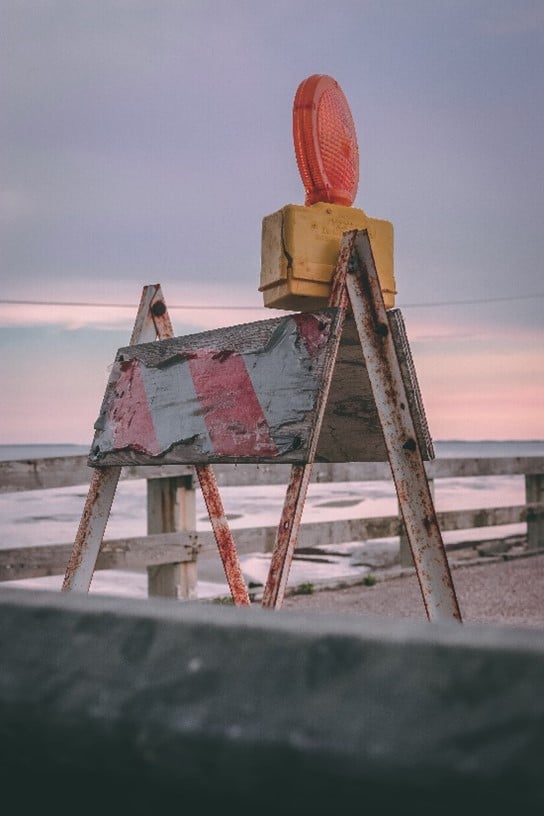 I’ve worked closely with my son, Gregg, for over a decade as peers, writing our book, Triple Crown Leadership, and many articles and blogs together. We’ve done leadership workshops together and compared notes on leadership traps.

I thought I knew about my weaknesses and had been relatively open about them with my colleagues. I was surprised recently when I participated in a webinar Gregg led on his new online Leadership Derailers Assessment. I was a participant and listened as he summarized common behaviors that inhibit our leadership effectiveness. I discovered three new derailers that described me: “needy,” “steel,” and “workaholic.”

Here are Gregg’s descriptions of them:
• Needy: excessive attachment to achievement, success, recognition, or praise for self-acceptance
• Steel: too much hard-edge leadership (e.g., dominance, power) when dealing with people or situations
• Workaholic: being addicted to work and struggling to switch it off or stop thinking about it

Let’s examine each of the three against my prior self-assessment.

I previously felt it was my ego that was my weakness. Gregg’s definition of ego is: “being self-centered or conceited, with an exaggerated sense of your importance or abilities.” I may have started out that way in my 20s, but I had the stuffing knocked out of me at times during my career.

Looking back now, I don’t think I was arrogant or conceited. I had learned how much other colleagues contributed to our success and tried to give them the proper credit. When I learned about servant leadership, I tried to become a servant-leader, caring about others and wanting us all to move to a better place together. That’s not an ego weakness, as I had thought.

But I was needy. I wanted to achieve. To be successful, recognized, and praised. I was jealous of others who got accolades when I didn’t and felt I deserved them more. I studied how to become a better public speaker after suffering through decades of stuttering in my youth and early career. I often found things to praise in other speaker’s presentations because I wanted their praise after my speech. My derailer was not conceit about my own abilities; it was my need for affirmation.

I previously felt my weakness was my intensity. I have a quick mind, and I think deeply too. I have a strong voice, and I’ve been impatient. I sometimes interrupted people or finished their sentences because I thought I knew where they were going with their (to me) too-slow comments. Those behaviors are not just intensity, even though I certainly am intense. It’s better described as “steel,” as we called it in Triple Crown Leadership.

The “steel” derailer is too much hard-edge leadership. I could easily get upset with others who resisted going the direction I thought was best. I was judgmental. If pushed, I could become angry, which is primarily a way to control the behavior of others. I could easily, and often do, dominate meetings, talking too much and not listening enough. I could be intimidating to others. My derailer was too much steel, more than just intensity.

I previously believed my weakness was being an overachiever. I was never the best athlete or smartest person in the group, but I could win the accolades I needed by working harder than almost anybody and being disciplined and well organized.

I was an overachiever, but that term is insufficient. I became a workaholic. I worked far more hours than normal, sometimes 60-80 hours per week. I constantly sought extreme challenges, such as ethical turnarounds (coming in and establishing an ethical culture in a corrupt organization while also fixing the finances and operations), or a major technology shift which threatened a company’s survival.

When things got more normal, I got bored. Similar to the metaphor in the book, Soul of a New Machine by Tracy Kidder, I was like an obsessed pinball-machine player who, when he won, just got to play another game of pinball. That’s one reason why we moved so often as a family. I constantly sought new leadership challenges.

My neediness and steel had turned me into a workaholic.

I was intensely focused on achieving. I got into distance running for stress relief, setting the goal to run 1,000 miles a year. I failed for two years in a row due in the first year to a busy work schedule, and in the second year to a busy schedule, illnesses, and an ankle sprain.

I achieved my 1,000-mile running goal in the third year despite busy schedules, illnesses, sprains, and more. I just ran in spite of them to achieve my goal. I was driven. At times, I smoked and drank too much to relieve the stress I had created for myself.

I wasn’t just intense. I was a workaholic.

But I Have Strengths and Talents Too

Thankfully, I also have strengths and talents, and I’ve improved over the years. I believe I’m a person of character (far from perfect, but ethical), a lifelong learner, grateful for my blessings, generous, learning to be humbler, and a Christian seeking to become a better Christian. (There’s that drive again, but now for a more worthy purpose.)

I’d describe myself as a hard worker, disciplined, well-organized, courageous, willing to take reasonable risks, open to continual learning and feedback, and creative. I believe I’m caring, loyal, a good husband, father, grandfather, and family man, a trustworthy friend, a servant-leader-in-progress, and much wiser today than I was before. Wisdom comes with age and the scars of experience.

I gave up alcohol and smoking over six years ago. I began eating as a vegetarian and then a vegan several years ago for health reasons. I exercise regularly, read and write almost every day, and am very close with my dear wife of 59 years, my family, some trusted friends, and God. It delights me to hear occasionally from colleagues with whom I shared challenging adventures over the years. I’m blessed in more ways than I can count.

Be Vulnerable: Turn Your Weaknesses into Something Good

I’m being vulnerable now, openly sharing thoughts about my weaknesses turned to something better. Perhaps some of you will undertake much earlier in life what it took me many years to learn?

Our weaknesses keep us humble, and humility is a better character quality than arrogance. Some false friends and colleagues may take advantage of our vulnerability. But in my experience, the benefits far outweigh the risks.

Acknowledging our weaknesses encourages fellowship and invites empathy. It reveals our authenticity and builds credibility. It also invites others to assist us, building teamwork and commitment. Revealing our weaknesses allows true friends and colleagues to share the lessons they’ve learned, helping us improving those weaknesses.

Postscript
If you care to explore your own leadership weaknesses more deeply, I suggest you take Gregg’s Leadership Derailers Assessment.

Gregg’s Note: “Steel” isn’t always bad. In Triple Crown Leadership, we talk about “steel and velvet” as a necessary aspect of excellent leadership, with leaders having the wisdom and judgment to flex between the hard and soft edges of leadership, regardless of their personal preferences, depending on the people and the situation. The ideal is employing steel leadership when necessary and velvet leadership when necessary (the latter much more often, under normal circumstances). But it’s a trap to be steel too much and too often, and velvet too much and too often.

Bob Vanourek and Gregg Vanourek are leadership practitioners, teachers, trainers, and award-winning authors. They’re co-authors of Triple Crown Leadership: Building Excellent, Ethical, and Enduring Organizations (a winner of the International Book Awards, and called “the best book on leadership since Good to Great“), based on extensive research and practice, and their interviews with leaders in 61 organizations in 11 countries. Take their Leadership Derailers Assessment or sign up for their newsletter.

2 thoughts on “Be Vulnerable: Turn Your Weaknesses into Something Good”