The Dangers of Toxic Micro-Cultures

Posted on November 6, 2014 by triplecrownleadership 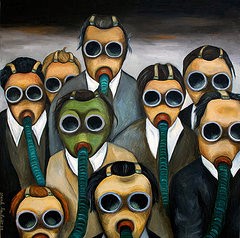 Does your organization have some toxic micro-cultures? If so, you ignore them at your peril.

Much is written these days about the importance of culture in boosting an organization’s success. Strategy is important, as are talent, business models, innovation, and more. But culture, “how we do things here,” as we like to define it, can be the trump card, because it permeates everything in an organization.

Culture is what people do when the boss is not around. Wise leaders craft the culture purposefully and make the desired behaviors explicit and clear. Culture can have a big impact on whether people act ethically, honorably, and responsibly.

For example, when direct supervisors were observed to behave unethically:

But when direct supervisors were perceived as behaving ethically:

A multinational headquarters office may have a sub-culture that is exemplary in its compliance with laws and regulations, while an overseas subsidiary operating in a developing country may use bribes to government officials, with the (improper) rationalization that it is a norm of business in that country, so it must do it in order to compete.

A mid-sized, privately held corporation may have an overall culture of quality services and ethical practices. Their finance organization may have a micro-culture of professionalism with strict accountability for deadlines and generally accepted accounting principles, while their sales organization, incented by large commissions, may have a micro-culture that is fast and loose, pushing the edges of the truth envelope with customers, and partying often.

A jarring example of this comes from Bill George, former CEO of Medtronic, whom we interviewed for Triple Crown Leadership. He told us:

“In the old days, no one wanted to ask what the overseas distributors did. Their independence was a shield for unethical behavior, as long as they signed a statement indicating they would be ethical.

A former general counsel of Medtronic said, “Don’t ask too much about what the distributors do.” I learned certain Korean distributors were providing prostitutes for physicians after they had implanted their pacemakers. I asked the head of international to send a letter that day terminating all four distributors. Everyone said, ‘You won’t have anyone in Korea.’ I said, ‘We’ll start over. We don’t tolerate unethical behavior.’”

See excerpts from our interview with Bill George, former CEO of Medtronic: “Translating Mission and Values into Results.”

Another CEO of a Fortune 500 company told us about discovering that many of the people in an autonomous, specialty department were watching pornography online during working hours. The department would be difficult to replace, but the firm terminated many of the personnel.

It is perfectly fine for groups in organizations to have micro-cultures of their own. Such sub-cultures help develop an esprit-de-corps.

The important point is to ensure the micro-cultures, even with their unique approaches, are compatible with the organization’s overall culture and that everyone in the organization is clear on what we call the “ethics imperative”: the need to do the right thing, even when it’s costly or hard).

Bob Vanourek and Gregg Vanourek, father and son, are co-authors of and speakers on Triple Crown Leadership: Building Excellent, Ethical, and Enduring Organizations, winner of the 2013 International Book Award (Business: General). Like us on Facebook. Plus us on Google. Follow us on Twitter: @TripleCrownLead, @BobVanourek, @GVanourek. Sign up on our website to receive our newsletter and leadership blogs.