Is Your Organization Falling Short on Values? 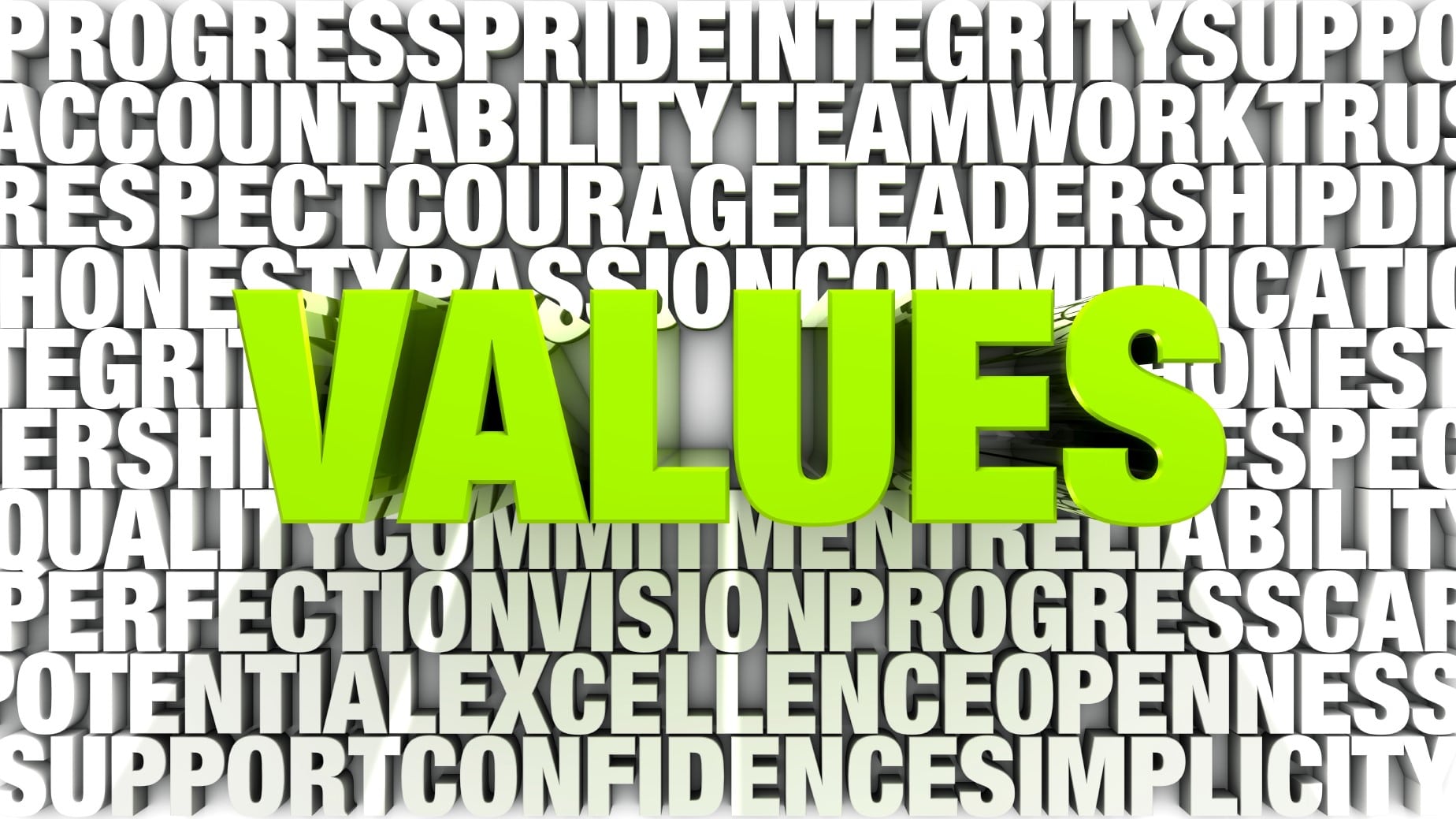 Recently, we heard about a law firm whose partners, after operating for a while, decided to draft a list of the firm’s values. As part of that process, the partners discussed their own personal values: their core beliefs and principles, and what they valued most.

During that exercise, it soon became clear that “family” was at or near the top of the list for every single partner.

Unfortunately, as with many other law firms, their enterprise involved long hours, lots of travel, stress, pressure, weekend work, emergency calls, being constantly on-call, and all the usual trappings of high-powered people in the midst of their years of productivity and success.

The price of that success, for all the partners, was an incredible amount of time away from their family, causing strains on their partners and relationships, problems at home, feelings of guilt, and more stress.

The personal values  exercise was a revelation for the partners. It opened their eyes to a gaping chasm between their personal values and their ways of working. They had been rationalizing that they were working so hard for their families. But upon further reflection, they realized that it was much more complicated than that. While their hard work certainly had benefits, it also had costs. There were multifaceted motivations for their choices, from societal expectations about providing for their families to selfish reasons, addictions, ego, and desire for approval and status. It’s also the way that many, if not most, law firms and consulting firms—not to mention startups and investment banks and other hard-charging workplaces—operate. At some point, it becomes habit, or it’s just an unwritten rule about the way things are done, with subtle pressures reinforcing the work ethic.

After the values exercise, the partners—recognizing that they were the owners of the firm with its work culture in their own hands—decided to make big changes in the way they worked and ran the firm, ensuring that they no longer put the perceived demands of the firm ahead of their most cherished values.

To what extent are you upholding your personal values at work? Are there disconnects that need to be addressed? If so, what are you waiting for?

If you would like more clarity about your personal values, here is a Personal Values Exercise.