The Triple Crown of Leadership

Posted on May 19, 2014 by triplecrownleadership 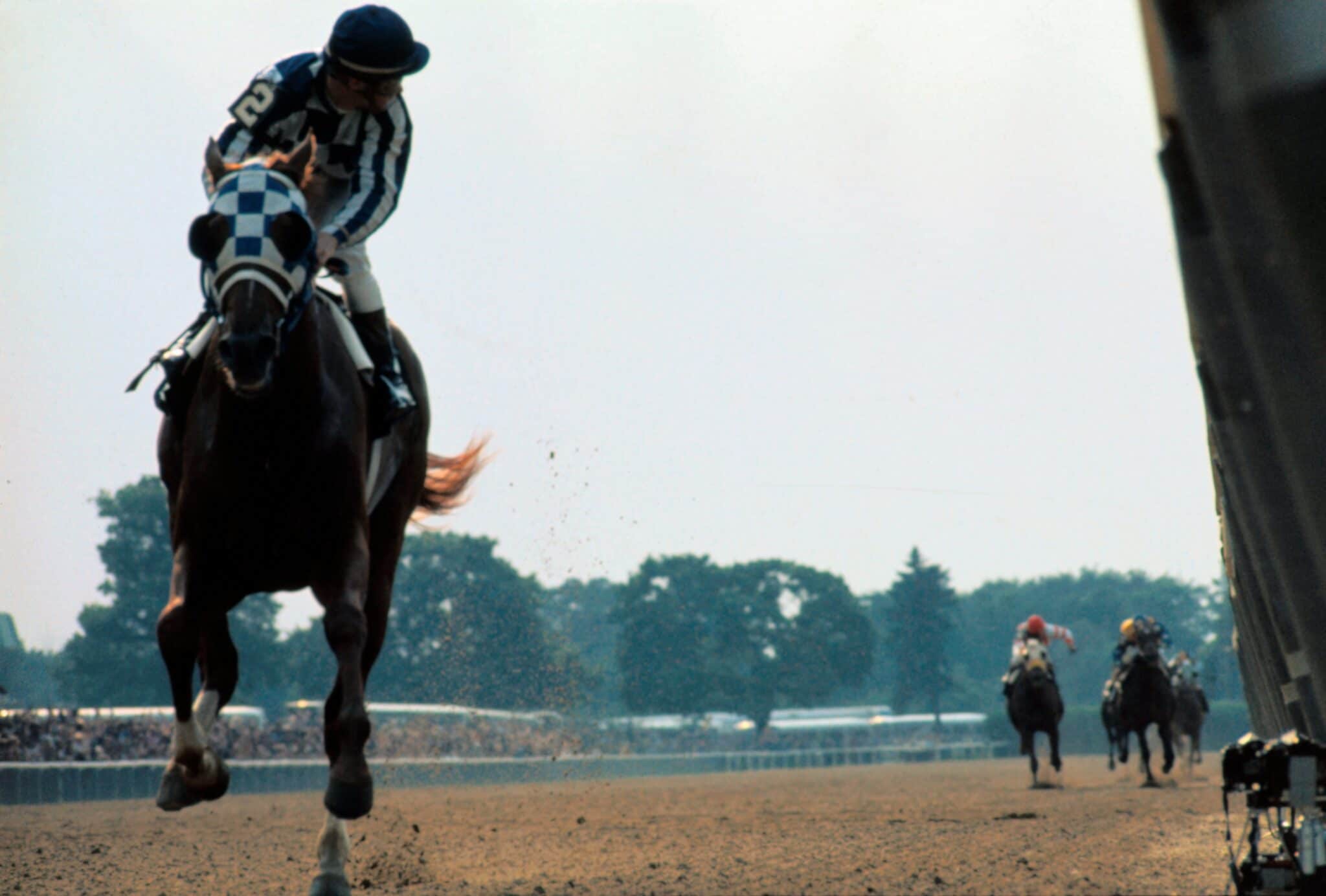 The sports world is abuzz with excitement. We may have our first Triple Crown winner since 1978, when Affirmed captured what has been called “the most elusive championship” in all of sports.

California Chrome is poised to accomplish this incredible feat on June 7 if he can win at Belmont Park. This unlikely horse, bred in California for only $10,000 with a 77-year-old trainer, has won his last six races.

Since 1875, only eleven thoroughbreds have won the Triple Crown, including such iconic names as War Admiral, Whirlaway, Citation, Seattle Slew, and of course, perhaps the best of them all, Secretariat. Pictured above, Secretariat won the final leg of the Triple Crown, the Belmont Stakes, in 1973 by a world-record 31 lengths in a time that has yet to be beaten.

The Triple Crown of horseracing is for three-year old thoroughbreds that must win the Kentucky Derby, the Preakness, and the Belmont Stakes all within a short five-week span.  Since most thoroughbreds run only about once a month, this schedule is punishing, especially since the distances to cover vary from the Derby’s one and a quarter miles to Belmont’s punishing one and a half miles.

We are sometimes asked why we would write a leadership book with a Triple Crown metaphor since horseracing involves gambling and has been tainted with performance-enhancing drugs and other issues. Well, no field of endeavor is immune from disreputable people, and horseracing has its heroes and heroines too.

We tell the stories in Triple Crown Leadership of Secretariat, Seabiscuit, Ruffian, and others. Scrappy Seabiscuit defeated the majestic War Admiral in 1938, the previous year’s Triple Crown winner, in an historic match race that some have called “the greatest horse race of all time.” Ruffian, a beautiful filly, who had won all ten of her races, was pitted against Foolish Pleasure, the Kentucky Derby winner, in another historic match race. Tragically, Ruffian broke down during the race and had to be put down. Secretariat is the story of a great horse, owner, trainer, jockey, groom, and more. Secretariat’s win is a testimony to great accomplishments as a group performance.

These stories of the quest to win three races set up a nice parallel with the leadership quest for our three “Es”—excellent, ethical, and enduring organizations—what we call triple crown of leadership.

Like many of you, we are outraged at the leadership scandals we see so often in the headlines today from Wall Street to K Street and in sports, nonprofits, government, religious institutions, and more. It is tempting to become cynical about leadership in today’s world.

But we remain optimistic. We sought to identify cutting-edge leadership practices that point to a better brand of leadership. Over several years, we conducted extensive research, revisited our own leadership experiences, and interviewed leaders in 61 organizations in eleven countries to learn what they are doing differently on their quest to build excellent, ethical, and enduring organizations.

From them and our own lessons in the trenches of leadership, we unpacked five common practices. We use the horseracing metaphor to describe them:

We have been gratified and humbled by the warm reception to Triple Crown Leadership and hope that it is helpful to leaders seeking to raise their leadership game.

Since 1978, eleven horses have won the Kentucky Derby and the Preakness but have faltered in the stretch at Belmont. Will California Chrome achieve the elusive Triple Crown?

We hope so. We need encouragement on such an epic quest.

Core Concept: As a leader, set the overarching goal of building an excellent, ethical, and enduring organization—and then chase it with abandon.