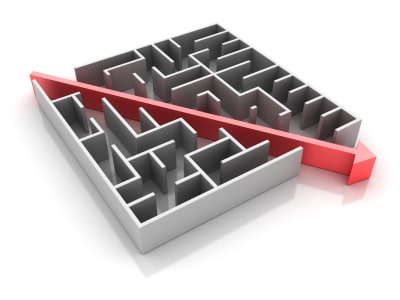 Leaders today are swamped with information 24/7. The complexity can be overwhelming. Yet leaders are supposed to rally colleagues with insightful analyses of problems and plans for how to succeed.

Justice Oliver Wendell Holmes, Jr. spoke about the importance of getting to the “simplicity on the other side of complexity.” Such simplicity accelerates speed and drives change.

The Challenge of Synthesis

How can leaders today get to that simplicity? This challenge is one of synthesis.

Note that synthesis isn’t a summary. Synthesis takes A + B + C, and then derives D, where D encompasses the essence of A, B, and C but also adds something new that resonates deeply with people. O.J Simpson’s attorney, Johnny Cochran, synthesized a complex trial with the infamous words to the jury, “If it doesn’t fit, you must acquit.

Synthesis simplifies and explains. Those who synthesize can touch people deeply. Synthesis is a powerful and essential leadership skill.

At Gettysburg during the Civil War, politician and educator Edward Everett spoke for over two hours during his long-winded “oration.” People were confused by the savage war, so explaining the necessity and context was important, but hours of pontificating was not what the people needed.

President Abraham Lincoln then nailed it in about two minutes in his Gettysburg Address with phrases like, “we here highly resolve that these dead shall not have died in vain,” and “government of the people, by the people, for the people, shall not perish from the earth.”

In a February 2006 Harvard Business Review article, psychologist Howard Gardner said, “The ability to decide what information to heed, what to ignore, and how to organize and communicate that which we judge to be important is becoming a core competency for those living in the developed world.”

Synthesis is not something innate in a gifted few. Synthesis is a learned skill that you can master, yet there are few insights into how leaders can synthesize.

Here we list seven steps you can learn to be able to synthesize effectively as a leader:

The best way to learn to synthesize is to practice all of these steps. Take real issues from your work, or in the news, and follow the steps above. Begin with issues that are not too complex and work your way up from there.

Synthesis is a powerful leadership skill that anyone can learn with practice.