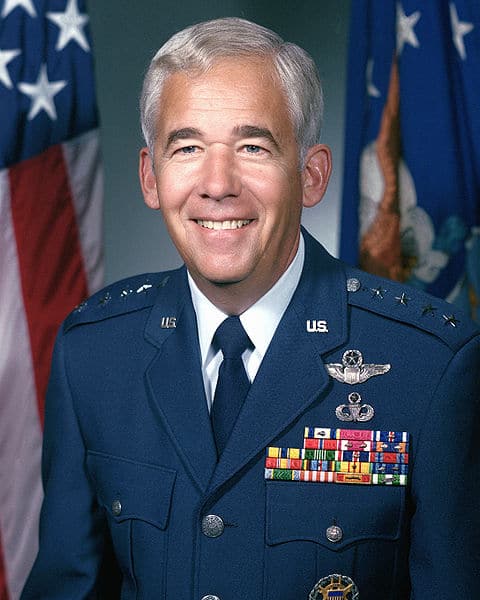 The Strategic Air Command (SAC) was responsible for America’s land-based strategic bombers and nuclear, intercontinental ballistic missiles from 1946 to 1992. General Jack Chain was Commander-in-Chief of SAC from 1986 to 1991.

Here are excerpts of our interview with him for Triple Crown Leadership, our roadmap for building an excellent, ethical, and enduring organization:

Chain: The day after I was sworn in I invited all the officers and senior sergeants on the base in for a beer, told them who I was, my background, what I expected from them, and what they could expect from me. Then I went out to all 52 bases in the world, with 132,000 people, to introduce myself. They hadn’t seen a Commander-in-Chief in a long time. It was just as important to see our airmen at the end of the Aleutian chain as it was to see the people at Barksdale Air Force Base in Louisiana. They were part of the team, and they all had to know that I cared about them.

I was their leader, but I knew that the best thing I could do was to get the team to sign up, agree with, and carry out enthusiastically what I wanted done, rather than just me ordering them. I had to sell ideas down the line because I wanted people to feel involved and proud of what they’re doing so that they’d put in extra hours, or anything else, to get the job done.

They all had to know that I cared about them.

When you deal with nuclear weapons, anything less than perfect is unsatisfactory.

Chain: You had to take care of your people and care about them from your heart and soul. That can’t be ordered. You have to have that ingrained in you. If I am the squadron commander and I’ve got 100 airmen, they’re my people, not mine to order around, but my people, who I care about. I’ve got to care about all of them. If they are screwing up, I have to discipline them, but I still have to love them. I have to know about their spouse and children, how they are doing at home. I have to worry about all who work for me and be concerned whether they are taking care of the next level, and the next level, all the way down.

I said if you are an egotistical leader, you’ll be out.

Chain: The Air Force has a standard that does not tolerate violation of moral well-being. There’s zero tolerance for alcohol abuse and sexual misconduct. When I was a captain and an aide to a general, who had a tendency to drink too much, I allowed him two drinks. After his second drink, I’d intercept the waiter and say, “Bring him a glass of water.” When the waiter delivered the water, the general would glare at me and raise his thumb at me, and that was his signal: calling me a “dumb …”. In other words, I was chewed out. Fine, I didn’t mind being chewed out because I knew the next day he would not say anything, and he knew what I was doing. I was keeping him from being embarrassed by doing something dumb in front of other people.

But I had been sworn in to “do the right thing.” I knew deep down that the Army candidate was the better one and had earned the promotion.

It was a dilemma for me. However, given the facts, I had to vote for the Army candidate.

I went into the Chief of Staff’s office and told him the Air Force didn’t win. He said, “How could he not win? We had votes.” I said, “We were sworn in to pick best, and the Air Force candidate wasn’t the best.”

I didn’t get fired.

Authors’ Note: After Jack Chain’s retirement from the Air Force, he signed a contract to be Executive Vice President of Burlington Northern Railroad. When approached later to become CEO of a large, prestigious firm where his skill set was a great fit, he declined because he had signed a five-year contract with Burlington. “A contract is a contract,” he explained.