What’s So Hard About Ethics? 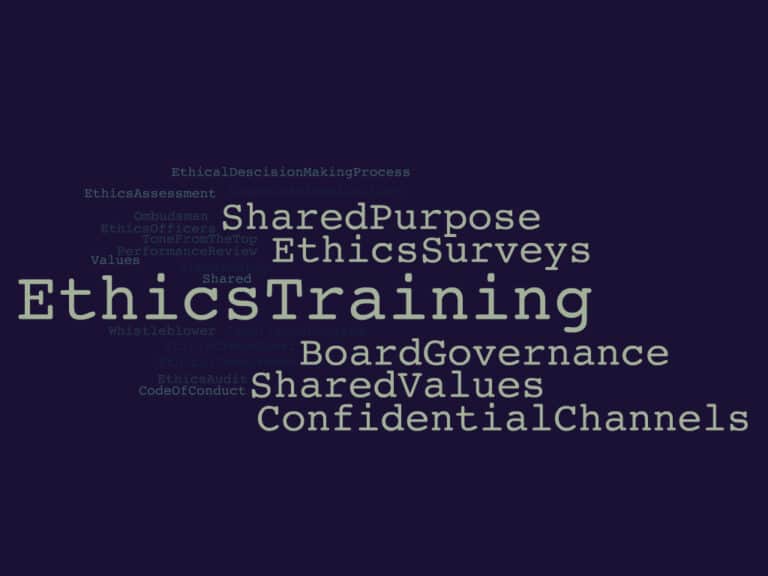 Why are ethical breakdowns in organizations so common? Why do so many good people make bad decisions?

It’s not just business, by the way. Look at the doping scandal in cycling (and baseball). Look at Penn State University, the Boy Scouts, and the Catholic Church. Look at governments around the world, from India and Italy to China, Russia, and Venezuela. And there is no shortage of scandals in Washington, D.C.

Look back a little and witness the stock options backdating scandal, then a little further to Arthur Anderson, Enron, MCI Worldcom, Global Crossing, and Tyco. And waves of scandals before that (savings and loans, junk bonds, and more).

Look at the grim evidence on ethics:
• Only 56% of U.S. workers define their current company has having an ethical culture, according to LRN surveys.
• 34% of workers have witnessed or had firsthand knowledge of workplace wrongdoing, according to a recent survey of about a thousand Americans.
• The Global Fraud Study estimates that organizations worldwide lost more than $2.9 trillion to fraud (asset misappropriation, financial statement fraud, corruption schemes, etc.).

What’s so hard about ethics?

Why do so many good people get into bad situations and do things they regret?

Why do so many organizations fail to live up to the values and aspirations of their people?

There are many contributing factors, but here are a handful of the big ones:

1. We tend to take ethics for granted. Most people think they are generally good and honest. In the workplace, we spend countless hours working through complicated financial spreadsheets, strategy discussions, and marketing campaigns. How much time do we spend working through ethical dilemmas with trusted colleagues? Too often, ethical considerations aren’t even part of the thought process or discussion.

2. We have very little ethics training. Many business schools (and other professional schools) only offer ethics courses as electives, and don’t build ethical training into the curriculum. Many organizations have token compliance programs and policies, with simplistic checklists, but don’t emphasize ethical practices as critical and non-negotiable priorities that require serious time and attention. Often there are conflicting loyalties and mixed messages or incentives that cause values to collide, but people are ill prepared to deal with such challenges.

3. We tend to equate what’s ethical with what’s legal. We look to the lawyers and accountants to sign off that there we have met legal, regulatory, and reporting requirements. We forget that in most cases what’s legal is only the minimum threshold for behavior, and that we have ethical obligations above and beyond the law. (And some laws create perverse incentives or are downright wrong, as we learned with our heritage of civil disobedience.)

4. We tend to overrate our ethical fortitude, according to researchers.
Ethical decisions are not always simple and straightforward. According to Dr. Max Bazerman of Harvard Business School, “We have many optimistic illusions about ourselves, and we tend to behave unethically in ambiguous contexts.” Assuaging our troubled conscience, it’s easier to live with ourselves if we conveniently forget our mistakes and transgressions, or creatively justify them after the fact.

5. Our brains are wired to rationalize behavior that protects us from pain, conflict, and separation from the group, according to researchers.

The pressures can be intense. In fact, our ethical fortitude is tested most when we are under duress, when the time or performance pressures are greatest and we are the most stressed, tired, or troubled—precisely the times we are most likely to make bad decisions. As we wrote in Triple Crown Leadership, “Most ethical letdowns occur because there is pain or discomfort involved with ethical behavior.”

Triple crown leaders watch out for these traps and insist on the integrity imperative. They commit to doing the right thing—even when it’s costly or hard.

* To what extent is ethical leadership valued—and demanded—at your organization?

* Does your organization have a culture of character?

* What systems are processes do you use to ensure ethical practices?

* Are the organization’s values built into development programs and performance evaluation systems?

* Do you screen for character and integrity as well as knowledge and skills when interviewing people?

* What more can you do to become an ethical leader—and to fill your organization with them?

Bob and Gregg Vanourek, father and son, are co-authors of Triple Crown Leadership: Building Excellent, Ethical, and Enduring Organizations, a winner of the International Book Awards.