Posted on June 11, 2012 by triplecrownleadership

That’s how long it’s been since a Triple Crown.

It was way back in 1978 when Affirmed won the Triple Crown of thoroughbred horseracing with 18-year-old jockey Steve Cauthen aboard.

This year, Cauthen wasn’t invited until the last minute to Belmont Park to see if I’ll Have Another could dethrone him with 25-year-old jockey Mario Gutierrez riding. Cauthen politely declined and played golf instead.

Probably smart, since I’ll Have Another was wisely scratched with tendinitis before the race, disappointing millions of fans worldwide, and Union Rags, rested for the last five weeks, went on to narrowly win at Belmont in a photo finish.

Controversy has swirled around the stable of I’ll Have Another, owned by businessman J. Paul Reddam. A former philosophy professor, Reddam said he left academia for one reason: “money.” After selling a subprime mortgage firm to General Motors for over $240 million, Reddam now owns and runs CashCall, a provider of mortgages and short-term loans. Sadly, CashCall is under investigation for violating usury laws, allegedly charging interest rates as high as from 99-184%, and engaging in abusive debt-collection practices. Check out their web site to learn about “no points, no fees, no deposits, no closing costs, and no social security number required.” We thought that subprime scam had already burst its bubble. Not exemplary of triple crown leadership.

Then there is I’ll Have Another’s trainer, Doug O’Neill (nicknamed “Drug” O’Neill), sanctioned for “milkshaking” other horses in California. Unfortunately, many trainers today have drug accusations against them, ranging from mild therapeutics to dangerous performance enhancers.

In Triple Crown Leadership, we celebrate Penny Chenery, the esteemed owner of the 1973 Triple Crown champion Secretariat, whose world-record time at Belmont stands to this day. She told The Atlantic that Reddam, “should be embarrassed that the trainer he has chosen does not have a clean record.”

Our Post Script in Triple Crown Leadership is entitled “Sport of Kings, or Business of Knaves?” It details the ethical challenges horseracing has faced, from jockey and equine abuse to gambling, felonious owners, and unscrupulous trainers. Veteran journalist Bill Nack cited to us chapter and verse of abuses in thoroughbred horseracing. Many industries face ethical challenges, but that is no excuse and we want to see them aggressively addressed.

The Jockey Club and the National Thoroughbred Racing Association have made concerted efforts to clean up and improve the sport, but more must be done.

Racing regulations are fragmented by state. There is no central authority with sweeping powers to enforce rules. Think of the sanctions meted out recently to the New Orleans Saints coach for bounties to hurt opposing NFL players. Harmonized rules are needed on what drugs are safe and nationally allowed for thoroughbreds.

Maybe it’s a blessing that I’ll Have Another wasn’t raced due to tendinitis? The heroic thoroughbred seemed like a great contender, was favored to win at Belmont, and will now spend his life in stud as a prized stallion. Jockey Mario Gutierrez was humble and skillful in his Derby and Preakness wins, only wanting what was best for his mount.

Personally, we want another first-class owner like Penny Chenery and trainer like Lucien Laurin for the next Triple Crown winner. The Sport of Kings deserves nothing less. 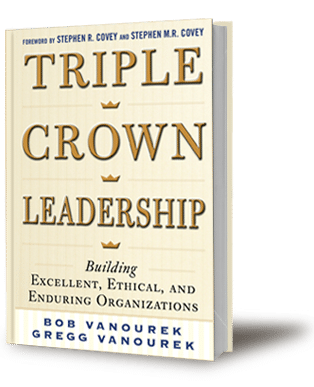