Leadership in a Horizontal World

Posted on April 28, 2014 by triplecrownleadership 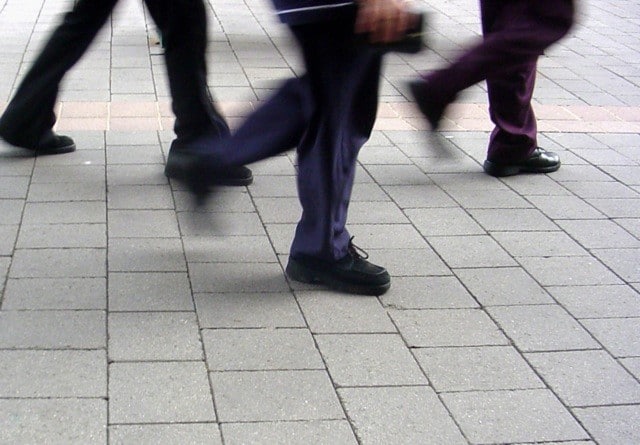 Leadership’s not what it used to be.

There used to be leaders, and followers. Leaders were the few, the chosen. They were charismatic, insightful, inspiring. They seemed to be born (and then maybe tuned up), rather than made.

High performers were the audience for leadership development programs, which targeted the select, high-potential few. Those few would get promoted into “positions of leadership,” where they were in charge of large groups of resources: both people and financial. And from those positions, they would “lead” the vast number of others, the followers.

Of course, it’s not exactly like that now. As Dorothy said to Toto in The Wizard of Oz:

“We’re not in Kansas anymore.”

Nowadays, it’s easy to see that the old leadership was built on vertical, hierarchical relationships. The many reported to, or took orders from, the few. It was implicitly tied up with command-and-control, siloed views of organizations.

Today is radically different. Consider outsourcing, strategic alliances, mergers and acquisitions, lean startups, spinoffs, job-hopping, global project teams, virtual teams, “skunk works” projects, crowdsourcing and crowdfunding, open innovation, and “intrapreneuring”. Every one of those trends goes counter to the old norm of vertical relationships; they all put emphasis on the need to get things done through flexible relationships among horizontally connected groupings, much like the feet sliding together in the picture above.

The new leadership is about getting things done by influence and persuasion, rather than power and charisma. The new leaders are those who can achieve their goals by influencing those over whom they have no direct authority or control.

Leadership in the New Horizontal World

The critical skills of the old leadership included charisma, presentation, speaking, symbolism, and incentives. They correspond roughly to the tools available to a general manager.

The critical skills in a horizontal world, without direct control and authority, are much more built around the personal skills of influence and persuasion, which in turn depend heavily on empathetic listening. People in relations of peers are drawn to solid and logical arguments, to be sure, but they are not obligated by the laws of authority to agree.

What does drive groups to agree and make progress are leaders—typically members of a team, operating ad hoc in a leadership capacity for a time—who listen, who practice collaboration, who are quite willing to subordinate their ego to the greater good. And if there is any one skill that shows up time and again in such leaders, it is the ability to listen.

Listening, as a form of respect, is what triggers that deeply natural response in people: reciprocation. People return good for good, evil for evil—and listening for listening. Mutual listening is the root of teams that work together. People skilled in the art of empathic listening are those who get things done.

This guest blog is by Charles H. Green, an author, speaker, and consultant on trust in business relationships. Co-author of The Trusted Advisor and founder of Trusted Advisor Associates, Charlie blogs at TrustMatters and can be reached at cgreen@trustedadvisor.com. Twitter: @CharlesHGreen